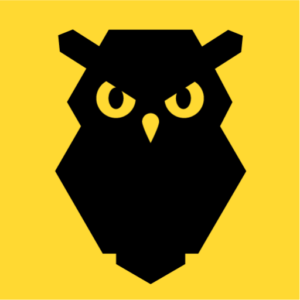 So you’ve heard about Untamed, or seen some cool art from the game. Now you might be asking yourself:

What is Untamed: Feral Factions and how is it different from other card games?

Untamed: Feral Factions falls under the category of ‘card battle or card duelling games’, board games in which you use cards with for example monsters, magic or in our case animals, to battle against each other. Think of games like Pokémon, Hearthstone or Magic: The Gathering. A big difference with those games however, is that for Untamed you don’t need so called ‘boosters’ or ‘booster packs’; small packs with random cards. With Untamed you get a complete game: you immediately get everything you need in the box. In addition, Untamed has a few unique game mechanisms, such as ‘Support’, which makes it play and feel different than for example Magic. Here’s more about ‘Support’ and how to use it.

Just like in Pokémon and Hearthstone, you play with your own deck of cards: your deck. This deck contains the various creatures with which you can attack each other as well as (magical) items with which you can influence the battlefield once. In some games, putting together your own deck can be complicated. In Untamed, however, making a deck is very simple: simply choose the three animals you want to play with and shuffle all the cards together to make a deck. Make sure to keep the fortress, or ‘Stronghold’ of each species separate.

Each species that you will find in the Untamed: Feral Factions box has a specific play style. The rhinos, for example, are very good at making their animals stronger, the tigers get a reward if the hunt (for your opponent’s animals) has been successful and the foxes are of course very cunning. You will also find rats, rabbits, chameleons, pandas, raccoons and crocodiles in the box in addition to the animals just mentioned. By always choosing a different combination of three different animals you will discover new strategies and synergies between the different species. This makes every game different and varied while you don’t have to buy new boosters like in Magic: The Gathering.

Objective of the game

As mentioned earlier, a player must keep the ‘Stronghold’ card, or the fortress of each animal, separate. The goal of Untamed: Feral Factions is to destroy the three strongholds of your opponent. Once you have destroyed your opponent’s third Stronghold, you win the game!

Each Stronghold has 7 life points. As soon as you have dealt 7 or more damage to your opponent’s Stronghold, it is destroyed and you can move on to the next one. At the beginning of the game you place your three castles on a pile face up. Only the top, visible castle is active and can be attacked. As soon as it is destroyed, the castle below it becomes active.

Each Stronghold also has a special ability, but you can only use it if it is active and visible. Because you can determine the order of your Strongholds yourself, you can tactically choose which properties you want to have access to earlier or later in the game.

What do you do during your turn?

To attack your opponent’s fortresses you need animals. These cards are in your deck. You start the game with a number of cards in your hand (8 if you start, 9 if you start second). Those cards all have a number in a blue hex in the top left corner. That’s how much ‘Power’ it costs to play the card. If you don’t have Power you can’t play the card either.

So how do you get the Power? In Untamed, every card has a dual function. Once per turn you may place a card from your hand face down next to your Stronghold. For the rest of the game this card counts as a ‘Power’. This means that if you do this on your first turn, you may play one card from your hand that costs 1 Power. Each Power card you have can only be spent once per turn. Assuming that on your second turn you put down another card close as Power, on your second turn you can then play one card that costs 2 Power, or two cards that cost 1 Power each. To indicate that you have spent Power you turn your Power card a quarter turn as a reminder. In the game, this is called exhaust. If you’ve ever played Magic: The Gathering, then ‘exhausting’ cards perform the same function as a card ‘tapping’ in Magic.

Once you have exhausted enough Power, you can play the cards in your hand for their primary function: as animals or as items. Animals come into play exhausted (i.e. turned a quarter). They allow you to attack next turn and remain in play until their life points, like Strongholds, are reduced to 0. Items have a one-time effect and then go to the Support Area (more about this in a moment).

If you have animals that are not exhausted you can attack with them. You choose the target of the attack. You can choose to attack an opponent’s animal or go directly for his Stronghold. When you attack a Stronghold you look at the number in the red shape. That is the attack power of your animal. Then put that amount of damage tokens on the Stronghold you attacked. If you attack another animal you do the same, however the animal being attacked also strikes back at the same time. This means that your animal will also receive damage tokens (just as it does in the Pokémon card game, for example). If an animal receives at least as much damage as it has life points (the number in the green shield), it is defeated and its owner places it in his/her Support Area. And because fighting is a tiring business you should always ‘exhaust’ your animal after an attack.

These actions, playing a card and attacking, you may do as many times during your turn as you want and can (you must be able to pay for cards and to attack you need a non-exhausted animal). If you don’t want to or can’t do anything anymore you must do a few things before the turn passes to your opponent:

All your cards become ‘ready’ again, that is, they are no longer ‘exhausted’ and so they are turned a quarter turn again until you are back to normal upright position.

Now draw the top two cards of your deck and add them to your hand.

Finally, you must now compulsorily choose one card from your hand and add it to your ‘Support Area’.

Then it’s your opponent’s turn.

But then what is this ‘Support’?

Basically, your Support Area is your discard pile as you might know it from traditional card games like Uno. In Untamed, however, you can do all sorts of things with the cards in your discard pile (to the right of your Stronghold). Many cards have special properties with the text ‘you may pay X’ and then an icon of an animal’s paw. The animal paw stands for how much support you have to pay to be able to perform the effect on the card when you play it. You pay this ‘Support cost’ simply by removing the indicated number of cards from your support area from the game (for example, put the cards back in the box). Once you have done that, you may play the effect on the card. These support costs are always optional so you may want to save some cards in your support area to be able to use an even more powerful effect later on. Use your Support as cleverly as possible to turn the game to your advantage and beat your opponent!

Hopefully this blog post has given you a better idea of how this card game from Dutch origin works and what some of the differences are with other card games in the same genre. You can read more about the development of the game and about different tactics you could apply here.

Stay up to date on our projects!